I have an Idea, on the Castello family Mafia forums we did Roleplays on the Forums so if we didn't feel like playing, we just went on the RP and replied, so. Anyone up for a Text RP? 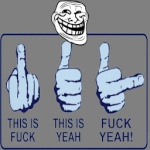 Depends on setting, gameplay and style. If this is going to be a repeat of Holey Heaven, I'll pass. 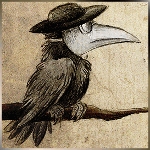 Cuckoo wrote:Depends on setting, gameplay and style. If this is going to be a repeat of Holey Heaven, I'll pass.

I promise it won't.

That is, I assume you'll be the GM? I certainly wouldn't mind doing it myself, if it weren't for the project. I still have alot of drawing to do.

Cuckoo wrote:That is, I assume you'll be the GM? I certainly wouldn't mind doing it myself, if it weren't for the product. I still have alot of drawing to do.

Once the 'Secret Project' finishes you can GM your own RP, with both on the go it could be hard.

Here is the main background and basis of character creation for the RP I would do for us:

The Roleplay is set in an Alternate-Universe if you're wondering.

Story:
The Characters have attended the annual Festival week in the Capital City of Marswich. Nearly everyone from the towns and villages have attended and the atmosphere is vibrant. But something goes horribly wrong and it seems the festival has come under attack when a swarm of Gun Wielding men fire at the massing crowds, our heroes and heroines must escape and uncover what has happened and why. The Roleplay's flow of time will change from time to time, from each round of actions lasting 5 seconds, to each round lasting a day or week. The Roleplay would probably last 4 in-game months.

Birthplace- A town in Pagora. This will influence other’s attitudes towards you and what languages you speak.

Spoken Languages- You are allowed to know one ancient language (Latin, Greek, Old Germanic) and one modern Language (English, German, Russian) as well as your birthplace’s language. Those who know German automatically know Ancient Germanic.

Inventory- Each character’s income is relative to their Job and a higher risk or jobs that require good grades will generally have a higher pay. Ask me on steam what your salary would be before you post. Default amount each player has to spend on their Inventory and Clothing is $500 plus half their annual salary (bear in mind this includes all your spare clothes too. The Character will then have however many years of salary from the age of 18 or when they started working stored in the Bank minus 5% and 10% of that money will be tied up in something of the player’s choice eg, a book collection.

Background- Sum-up of character and their background.

Despite it being an alternative universe, you didn't actually give a year. From the occupations listed, I would imagine it was the 20s/30s setting again.

What country is this set? I would assume America, but the name 'Marswich' made me think more of eastern Europe.

1950s America is a nice era. Diners, rock and roll, and contempt for communists. It's a good era to be in the suburbs.

Background: Father died of "Natural Causes" Mother left too Bring up
_________________
This Comment Was posted by Simmy, Leader of TSB. It probly contained one of these:
A Lol or XD, A rant, or it just Said Fail.

If not, Simmy is Ambitious Today!

Dude, teh RP isn't even set up yet
This is just see if people want to do it.

I need at least three or four people to participate excluding myself.

Name- Marswich
Description- The Capital City of Pagorsa, it is the largest and most civilized place in the country and its inhabitants are generally friendly.
Language Spoken- English
Population- 2,000
Weariness of Outsiders- Very Low
Prosperity- High
Guns- Common

Name- Wickerage
Description- A small settlement inhabited by a few people and is generally avoided by those who know of it.
Language Spoken- Russian
Population- 34
Weariness of Outsiders- Very High
Prosperity- Very Low
Guns- Standard

Name- Poltor
Description- A village famous for its founder, current Mayor and its Library which is the largest in Pagorsa.
Language Spoken- German
Population- 154
Weariness of Outsiders- Low
Prosperity- Medium
Guns- Rare

Name- Krom
Description- A town famous for its gentlemen and their sword prowess. Outsiders are generally not welcome unless they can prove themselves in sword combat.
Language Spoken- English
Population- 240
Weariness of Outsiders- Very High
Prosperity- High
Guns- Very Rare

Name- Lejwar
Description- A village nearly wiped out by the plague sweep 100 years ago and still hasn’t recovered and its locals are hateful of anyone from the city.
Language Spoken- German
Population- 173
Weariness of Outsiders- Medium
Prosperity- Very Low
Guns- Common

What kind of a country is Pagorsa? And why would different cities in it's borders speak different tongues?

Pagorsa is a country on its own to say, the cities were founded by different groups and so became their own specialists and had their own tongues, the only way that the County is brought together is by being ruled by the same government and using the same currency.

What's the culture like? You compared it to the 1950s, so is it like 1950s America? Skirts, diners, smiley illustrated advertisements and the early days of Rock and Roll?

Cuckoo wrote:What's the culture like? You compared it to the 1950s, so is it like 1950s America? Skirts, diners, smiley illustrated advertisements and the early days of Rock and Roll?